As the days grow shorter, I’m looking forward to the release of these two books.

Russian Winter, by Daphne Kalotay, is a book to curl up with. Forget getting anything done once you start this novel. I suggest laying in some good black tea and various sustaining provisions before you begin. Otherwise, you will find yourself eating odd crusts of bread and leftovers of dubious provenance, unwilling to leave this story and go out to eat. 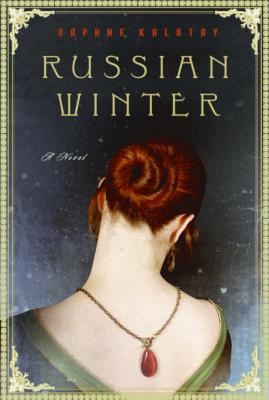 auction of a famous ballerina’s gems. Nina Revskaya, former principal dancer at the Bolshoi, flees to the West during the height of Stalin’s regime. Decades later, she prepares to auction off her collection of jewels to benefit the Boston Ballet. Each piece written up for the auction’s catalog brings us closer to deciphering the contradictions and secrets of her past.

At first I was tempted to skip over the other character’s parts in this book. Nina Revskaya and the U.S.S.R. of her youth are vivid and fascinating and immerse the reader in a world few of us in the West know much about. But give it time – soon Drew, the auction house associate and Grigori, a professor with a special interest in Russian poetry, start to charm as well.

It’s enough to make this bookseller wish for snow. It comes out in September.

The Diaries of Sofia Tolstoy, translated by Cathy Porter and with a shockingly insightful introduction by Doris Lessing, leaves me dazed and amazed and with a whole host of seemingly unanswerable questions.

Don’t get me wrong, I like it. Here’s something of a play-by-play (Those of

you for whom circumstances of the Tolstoys’ lives are old news, please forgive me; I remain woefully ignorant in any number of ways.):

Sofia Behrs marries Leo Tolstoy when she is very young and he is… not.

He has A Past, and insists on sharing it, all of it, in the form of his youthful diaries, with her, his eighteen-year-old bride-to-be. His intelligent, artistic, sheltered, religious bride-to-be. Imagination and a clear moral code cannot have been a real asset while reading these.

She marries him anyway and is promptly hied off to the Tolstoy estate just east of the back of beyond.

He asks her to keep a diary as well, and stipulates that in this way, they will share their inmost thoughts with one another.

I am amazed at the delicate clarity of Sofia Tolstoy’s prose. She records both passionate feeling and mundane occurrences with grace and precision.

And I am dismayed by the impossibility of gauging the truthfulness of a diary intended both for oneself and another. Some entries can only be confessions of the most abject and intimate sort. Others make me wonder about a supposedly candid diarist’s opportunity to manipulate the intended reader. What an untangleable nest of knots. What is intended, and for whom? This quandary is only part of what makes The Diaries irresistible.

If they weren’t 656 pages long, this would be a wonderful undertaking for book clubs. The potential for wonderment at and dissection of the Tolstoys’ relationship are endless, and probably only improve in a group of friends over a bottle of wine.

The diaries have gaps — of years in places, months in others. They were written during some of the most turbulent years of Russian history (which is saying something), and chronicle a life married to a difficult, irascible genius, a controversial superstar of his time, in a style that was either much informed by his skill, or stellar to start with, or both. Sofia Tolstoy has a great deal to teach us about her world and about marriage itself. You can get yourself the paperback edition of this one in September too.